Fans of contemporary music history should give Sound City, one of the ‘older’ doccies on Netflix, a go. Trust me, you won’t be disappointed. 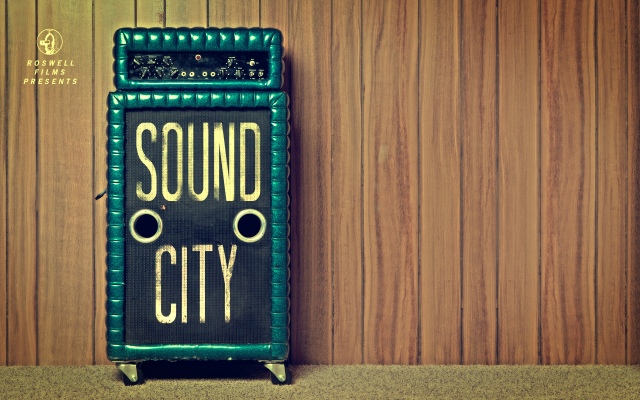 I’m loving Netflix, but it’s proving that whole theory about how having too much choice makes choosing a chore.

So, on a break from Stranger Things Season 2 – a rather rare case of me delaying gratification – I turned to some of their documentaries NOT #CurrentlyTrending.

The film was created by Dave Grohl, of Nirvana and the Foo Fighters, who got the idea when he bought recording equipment from Sound City, the infamous LA recording studio.

As a former 90s ‘grunge kid’ (oh how we hated the term at the time), it really got me in the feels. It features some of my favourite bands and musicians – think Fleetwood Mac, Rage Against the Machine, Frank Black, Trent Reznor and Nirvana. And its narrative structure takes you on quite the emotional journey.

“Sound City hits you like a shot in the heart”
−Peter Travels, Rolling Stone

There’s euphoria, sex appeal, sadness, philosophical depth, nostalgia, trippy moments and some epic jams with heavyweights including Paul McCartney. And it’s very much a tribute to the analog era.

I particularly enjoyed the behind-the-scenes insight it gives into the muso subculture – how the musicians talk in code, instantly getting what they mean when they communicate with sounds, not words. I admired their completely unself-conscious, joyous freedom to express themselves. Seeing Stevie Nicks singing sensually. Watching McCartney and Grohl rough-and-tumble affectionately after a successful recording. And the startled look on Reznor’s face at the moment Grohl interrupted their jam to say, “This is awesome” (or something along those lines). To which Reznor replied that they should just “get back to it” then. Don’t push him out of The Zone!

To remember magical musical moments in time, and feel the rush of powerful tracks from the past (won’t lie, I found myself doing a version of headbanging more suited to my age to RATM), put today’s trending series aside and get lost in Sound City.

*BONUS: Here’s a short interview with Grohl on the studio.

Eggs, the human boy raised by the kind-but-misunderstood boxtrolls.

The fantasy-comedy about trash-collecting trolls who hide beneath the fictional 18th-century setting of Cheesebridge, based on the Alan Snow book Here Be Monsters!, is one of those films adults will enjoy as much as children. Why? 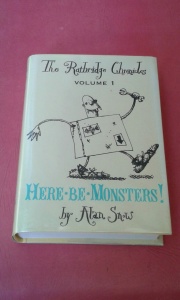 The book the film was based on is quite the doorstop.

1. The awesome 3D stop-motion animation
I only realised the steampunk-style animation was done using stop-motion when the girl character, Winnie – the daughter of the mayor of Cheesebridge, Lord Portley-Rind – appeared on the scene and I saw her clothes had a textural, hand-crafted quality, more “real” than animated. Not since Minnie Mouse have I envied a “cartoon” character’s shoes so – those lace-up boots!

The costume designer, Deborah Cook, who also worked on Fantastic Mr. Fox and Corpse Bride, spoke on the challenges of designing outfits for such tiny characters here. (It’s worth looking at for the adorable mini rail of actors’ costumes alone.)

2. Its spookiness and humour that darkly delights
A grimy British look and feel defines the animation: It’s all bunions and skew teeth and cobblestones and vintage winklepickers. Indeed, if your kids are on the sensitive side, getting beyond the Victorian spookiness of the opening section may be a challenge. (But, as author Neil Gaiman explains here, scary stories are always worth it.)

The macabre element that runs through the film will delight adults though, as will its commentary on class aspirations, and the ludicrousness of social mores and manners.

(The film’s baddie, Archibald Snatcher, who looks like an ageing rock star, wants to be part of the exclusive White Hat group of cheese connoisseurs, despite having a cheese allergy so severe, he blows up hideously every time he touches the stuff.)

3. The “aw, shucks” moral of the story
The boxtrolls of the title are shy creatures, believed to be monsters, who live their lives in fear and hiding. But the story’s message – that you are enough, regardless of class, and that you should show up and stand up for yourself – will have the audience cheering aloud at the film’s rousing, rowdy climax.

P.S. Be sure to stay till the end credits, when the stop-motion set is revealed in all its intricate detail.