For years, my dear friend Rayne has urged me to read the memoirs of Diana Athill, the 100-year-old former literary editor and writer who penned her first memoir at 83.

As the MD of a company that provides catering for old-age homes, and the South African representative for the Eden Alternative, an international non-profit dedicated to changing the way elders are cared for, ageing with dignity is something Rayne is passionate about.

I resisted, and I’m not really sure why (likely owing to some deep-seated ageism or denial of my own mortality). But last year, when I was house- and pet-sitting for Rayne and his partner, I saw his collection of her books in his study, and felt ready.

As I’m facing 40 – single, childless, and not too happy about the state of my personal life – I’m desperate to hear stories of older women who’ve lived full lives despite never being married, nor experiencing motherhood.

So, somewhat reluctantly, I picked up Somewhere Towards the End (Granta), Athill’s Costa-prize-winning account of ageing.

I read it in almost one sitting. (Well, sitting’s not the right word, TBH. I was sun-tanning, butt naked, in a secluded spot in the garden.)

What I read gave me some hope. I appreciated Athill’s frank and upbeat way with words, and her love of earthly pleasures, late into life. Her thoughts on the importance of gardens, and gardening, inspired me to write this personal essay for the Bulbophile magazine…

A GARDEN (NOT) OF ONE’S OWN

In 1929, Virginia Woolf said women needed spaces of their own from which to write. Thankfully, the world has changed, and many women do. But in these urbanised, stressful times, having access to a garden is a luxury that should be appreciated.

It needn’t be your own. I’ve realised this recently. As I’m facing 40 as a single, childless woman, it’s been a year of contemplation, most of which has happened in a garden friends have ‘loaned’ to me, when I’ve looked after their pets while they travel.

Aptly named Shalimar, like the famous Lahor gardens, the garden is large, private, forest-like. It’s high on the slopes of a narrow valley, with views of the mountains across. I’ve relished the refuge it has provided, and the opportunity it has given me to be completely alone in nature, safe.

One weekend, I sunbathed and read a memoir by former publisher Diana Athill, in which she says a garden a relative let her tend was a source of immense pleasure later on in her life as a single woman.

There’s much to be said for the generosity of those happy to share their gardens. When you’re feeling stuck, a garden gives you ‘time out of time’. Gazing over living greenery lets your mind drift, segueing with the rhythms of nature – the dash of a squirrel there, the dart of a bird there. Away from city noises, you become attuned to the tweeps of sociable birds, the cries of the geese who’ve taken over the owl house… it’s a surround-sound start to each day.

Indulging my senses and exploring the garden’s features has eased my anxiety. I’ve sat with my back to the trunk of a large pine and inhaled the scent of its needles; touched translucent leaves; sampled the tastes of the herb garden; watched the sun shine through the fluffy bottle brush.

My imagination has been revived by little details: the fantasy world of a gnarled tree stump; the colourful inside of a granadilla a bird had feasted upon; the potent plumes of a spunky caterpillar. I’ve been charmed by a row of nasturtiums rising optimistically despite being dwarfed by the pines, and bushes of proudly South African pincushions, arranged like a gospel choir.

Moving within a living ecosystem, like a figurine in a terrarium, has given me perspective. One calm Sunday, one of the dogs killed a squirrel. The flowers I was admiring last week have since wilted in the extreme drought we’re having; but the succulents live on, strong. And it’s roaring with rain as I write. Just yesterday, we evacuated as a mountain fire burned dangerously close. I thought the garden would be razed to the ground. But it lives. As do the little duck chicks I’m watching follow their mother.

Marvelling at the brutality and beauty of if all, in one garden, tells me not to be too sentimental about life’s passages. This garden – this life – is only ever ours on loan. 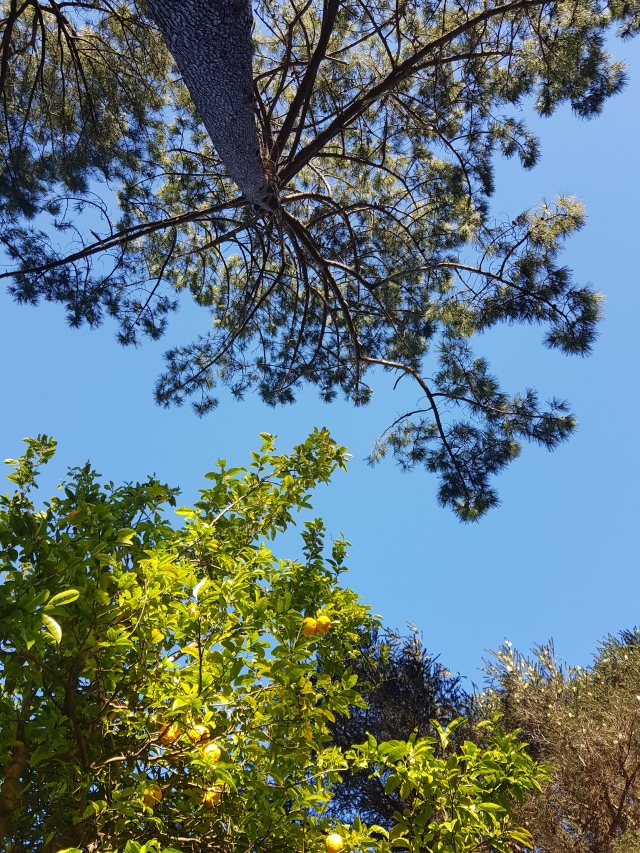 To sample Athill’s writing, read her short UK Guardian article on the pleasure of gardening here.

One thought on “A personal essay on the healing power of gardens, inspired by centenarian author Diana Athill”